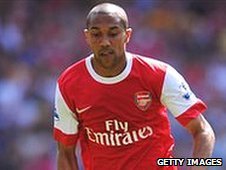 Clichy has moved to City in a reported £7m deal

The 25-year-old moves to Eastlands for a reported fee of £7m.

The defender, who joined the Gunners from French club Cannes in 2003, is City
boss Roberto Mancini's first signing of the summer.

"I'm really happy to be joining such a great club. I hope I can add to the
quality we already have here because we have a fantastic squad," he said.

"I can't wait to get started and I think anything is possible with this
team."

The defender, who joined the Gunners from French club Cannes in 2003 and has
10 France caps, will contest the City left-back position with Aleksandar
Kolarov.

And the Frenchman immediately directed a jibe at his new side's closest
rivals, Manchester United.

"I understand that the people who live in Manchester are the true fans - they
are from City," he told the club's official website. "That is a good point. I
won't be bothered by United fans."

Clichy reportedly told Arsenal he wanted to leave last month and had also
been linked with Liverpool and Roma.

The Frenchman spent the first half of his career with Arsenal as cover for
Ashley Cole, but became a regular in Arsene Wenger's side over the past five
seasons following Cole's move to Chelsea.

"He was making mistakes at key moments and he wouldn't have been especially
pleased with what he achieved at the club," said Keown.

"Whether or not Kieran Gibbs is going to be the replacement or not, I still
feel that Wenger should buy another left back."

Clichy will be officially unveiled during City's forthcoming tour of the USA
and Canada.

His move comes at a tricky time for Arsenal boss Arsene Wenger, with
playmaker Cesc Fabregas again being linked with Barcelona.

Midfielder Sami Nasri has also been tipped to leave the club, and is thought
to be a target for both Manchester City and Manchester United. 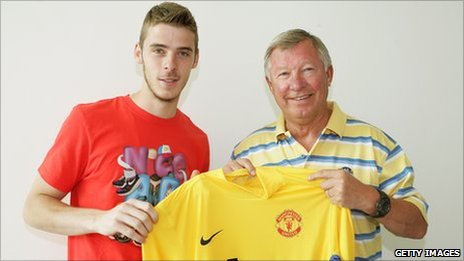 Manchester United have confirmed the signing of goalkeeper
David de Gea from Atletico Madrid on a five-year deal.

The Spain Under-21 international, 20, underwent a medical at Old Trafford on
Monday and will finalise what is thought to be an £18.9m move on Friday.

"When a club the size of Manchester United comes in for you, it obviously
makes you very, very happy. I'm keen to do my best and show what I can do."

The deal marks De Gea out as the second most expensive keeper behind
Gianluigi Buffon, who cost Juventus £32.6m in 2001.

De Gea, part of the Spain squad that won the European
Under-21 Championship on Saturday, is a product of Atletico's youth academy,
spending his first professional season with the club's reserves in the Segunda
Division B before making his senior debut as a substitute in the Champions
League against Porto in September 2009.

Since then he has made nearly 100 senior appearances for the Spanish
outfit.

His arrival at Old Trafford follows the departure of Edwin van der Sar, who
retired after the Champions League final defeat by Barcelona in May.

In May, United manager Sir Alex Ferguson confirmed the Red Devils had been
working on the De Gea deal for "quite a while".

The hardest person to replace in your team is always the
goalkeeper. De Gea is only a young boy, so it will be very intriguing to see how
he goes.

"We were looking for the same type of qualities as Edwin, because the one
great quality Edwin always had was his composure and organisational
ability."

And, upon completion of the deal, De Gea added: "I saw Man Utd's interest as
an extra motivation to work even harder to show off my ability.

"It's a great privilege to be part of a club like United."

Ferguson currently has goalkeepers Tomasz Kuszczak, Anders Lindegaard and Ben
Amos on his books but De Gea is widely expected to be the Scot's number one in
the new season.

The deal takes the Premier League champions' summer spending past the £50m
mark after the acquisitions of defender Phil Jones
from Blackburn and Ashley Young from
Aston Villa.

Ashley Young will finally complete his £16million switch to Manchester United  in the next 24 hours after coming through his medical.

Young was assessed by United’s medical team this afternoon at the private  Bridgewater Hospital near Manchester city centre.

Young’s tests were the final hurdles in his move from Aston Villa to Old  Trafford and the transfer was agreed earlier this month before he went on  holiday.

The England winger will sign a five-year deal with United, which will double  his wages to £130,000-a-week. 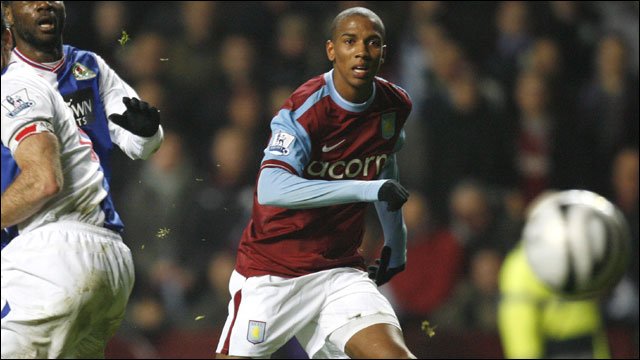 The 25-year-old, reported to have cost United about £17m, passed his medical
with the league champions on Thursday.

"The opportunity to come to play for one of the biggest clubs in the world is
one I couldn't turn down," the former Watford player told MUTV.

"It is a chance to hopefully become part of history by helping them to win
their 20th title."

Young had been at Villa for more than four years after joining from the
Hornets but only had one year left on his contract.

He becomes the club's second signing of the summer following
the arrival of Phil Jones with Watford set to get 15% of any figure above
the £9.65m transfer fee Villa paid to take him from Vicarage Road.

Young began his professional career at Watford and made his first-team debut
in 2003. He shone for the club during the 2005/2006 season and helped them
achieve promotion after they beat Leeds United in the play-off final.

In January 2007, Young signed for Villa, where he scored 38 goals in 190
appearances, and later that year finally made his England debut as a substitute
in the friendly against Austria.

"It is a prospect I always looked at from being a child - to play for one of
the biggest clubs in the world. I've got that opportunity now so I've just got
to take it with two hands."

United and England team-mate Rio Ferdinand was one of the
first to respond to the arrival of Young at Old Trafford.

"Welcoming Ashley Young to Manchester United - another top, hungry and young
player joins the ranks," he stated on
his Twitter page.

And striker Michael Owen added on Twitter: "Great to hear
the Ashley Young deal has been finalised. Great addition to the squad."

Aidy Boothroyd, Young's former manager at Watford, said the
winger would benefit from the prospect of playing for Ferguson's team.

"He is a wiry little thing and he hasn't grown very much since he left
Watford," Boothroyd told BBC Sport.

"He is very talented and was always willing to practice certain aspects of
his game. He is a brilliant team player and so athletically gifted. Even when he
wasn't having a great game, he was capable of changing a game with a goal or
creating one for a team-mate.

"The move to Old Trafford will do him the world of good. It is a move that
will stretch him again, but he has the character to handle the next stage."

Peter Taylor, who gave Young his England Under-21 debut,
said that midfielder would prove to be an invaluable asset for United.

"Ashley showed last season he can play in a couple of positions, he is
tremendous at set-pieces and scores and creates goals. He provides an end
product and he will get plenty of opportunities to do that at Old Trafford."

Meanwhile, BBC Match of the Day analyst Mark Lawrenson also
thinks Young and United will suit each other perfectly.

"He is playing for a manager in Ferguson who loves wide players and who loves
to throw people forward so he should be right at home," Lawrenson told BBC
Sport. "Young also had a great record of assists at Villa and you can be sure he
will have more at United because he will have so much more of the ball."