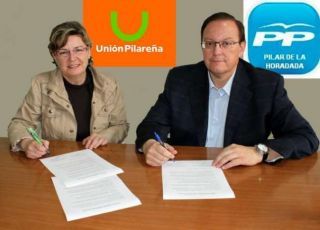 José Fidel Ros (PP) will be the new mayor of Pilar de la Horadada following an agreement signed last week with the Pilareña Union. As a result of the agreement Pepa Meroño (UP) will be appointed Deputy Mayor while her co councillor, Jim Herbert, will take on the role of Councillor for Tourism, New Technology, the Environment, Procurement and Infrastructure. Neither Ms Meroño nor Mr Herbert will receive monthly salary in accordance with the promises made in their electoral manifestó.

The agreement puts to an end 16 years of socialist government. New mayor Ros said that he was delighted with the partnership which would be "a good change for the people being very much in the public interest."

The first task that the new council will carry out will be an audit on the current organization and management of all municipal departments, which will serve as a basis for developing a plan of austerity and economic and financial reorganization of local administration

The 7 elected PP Councillors will form a majority council with the 2 Pilareña's.